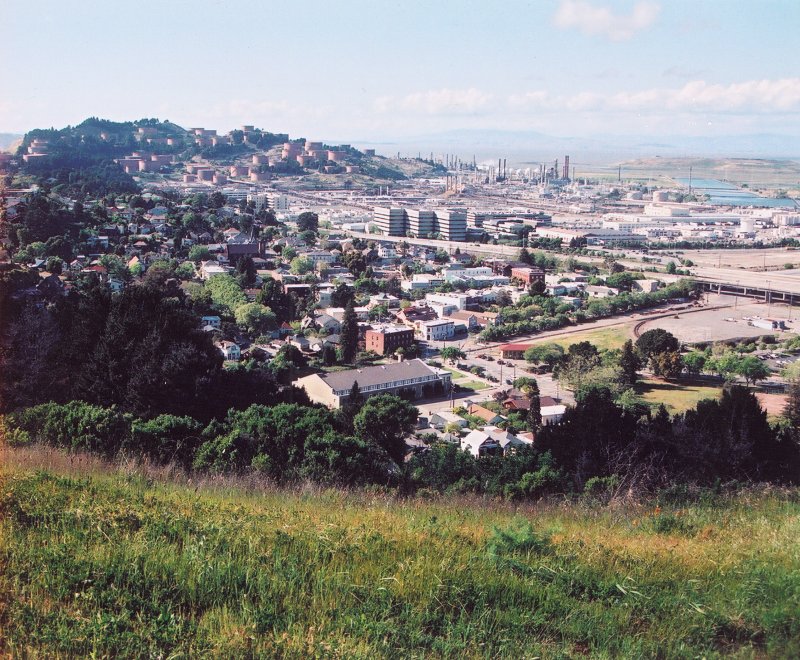 By The original uploader was ILike2BeAnonymous at English Wikipedia. – Transferred from en.wikipedia to Commons., CC BY-SA 3.0, Link

There are many ways you can save money when you are looking to sell your house in Richmond, California. In our latest post, we explore how you can cut costs on the sale of your home or investment property.

Work With A Direct Buyer

Working with a direct buyer will help you avoid all costs you would typically encounter when selling your house with an agent. By avoiding the MLS, you save on all kind of expenses typically associated with a property listing. Of course, not all buyers are the same, but if you choose to work with a buyer such as 247Homebuyers.com, you will be able to avoid commissions, repairs, and even closing costs. We won’t ask you to clean up or show the house. There are no marketing costs to factor in or other selling expenses to worry about. Plus, by selling quickly, you will no longer have to pay ownership and maintenance costs such as the monthly utilities, property taxes or homeowners insurance.

Sell Your House On Your Own

Selling the house on your own via an FSBO listing can help you avoid the commission costs you would typically pay an agent. To sell your house as a “for sale by owner” property, it is important to have some real estate knowledge under your belt. You should know the local market, have a realistic asking price and be able to professionally show the house as needed. It can require many hours of work, and typically FSBO’s take longer to sell than working with an agent or selling via a direct sale to a professional buyer.

Should you decide to list, the house should be thoroughly cleaned. You will want to go beyond just a standard cleaning, taking it to the next level cleaning things such as the ceiling fans, the tops of cabinets, and stains from the carpets. Many people choose to hire a team of professionals for a true deep cleaning of the home. Keep in mind that when you list, you will need to keep the house in this clean state for as long as the property is on the market.

Choose The Right Repairs And Upgrades

When making repairs and upgrades to a house you wish to sell, it is important to choose the right ones. You don’t want to make large renovations or repairs that are going to break the bank. Instead, focus on smaller things and projects you can quickly handle on your own. Two great areas to focus on are the front yard and the entryway. These two areas provide first impressions and set the tone for the rest of the showing. You are looking for things you can do for a low cost that provide a big impact. You will want to stay away from knocking down walls or doing a kitchen renovation.

Sell Your House In “As-Is” Condition

When you choose to sell your house in “as-is” condition, you will avoid any repair costs that come up when selling the house. 247Homebuyers.com will buy your house as-is, or you could choose to advertise it in a listing as such. The trouble is, you may not be getting it in front of the right buyers should you put it on the MLS. Most people looking on the MLS want a house that they can immediately move-in to.

Know Your Buyers And Market Accordingly

When you know who is buying in the area, it makes it easier to market to them. Families are looking for different things than college students are. Empty nesters might be wanting something slightly different than young, singles. Take a look at the demographics of buyers and renters in the area and market your Richmond, California house accordingly. By attracting the right people to your house, you will have a much easier time selling it.

While many listing sites charge an arm and a leg, you can use social media sites to advertise your property for free or for a very small charge. People are visiting these sites anyway, so right away you are getting the house in front of many people without even trying. You could advertise your property for sale on Facebook and in local real estate groups. Or you could use great photography, advertising the property on Instagram with the proper hashtags. Some people will create videos to share on youtube or other social sites.

Do want to learn more about how to save money and sell your house for a fraction of the cost in Richmond, California? We are here to help! Contact us today to learn more! (925) 852-8261

Here are some fun facts about Richmond, California

Richmond is in Contra Costa County. It’s 12 miles northeast of San Francisco, although it is 16 miles over the roads. The two cities are separated by San Francisco Bay. Richmond lies along Interstate 80. It is also at the eastern end of Interstate 580, which connects it by bridge with San Rafael, a city that lies just 10 miles north of the Golden Gate Bridge.

The city is served by two major airports and one with limited scheduled passenger service. All are within 28 miles of the city. Several bus lines provide service. A combined railway station provides access to BART (Bay Area Rapid Transit District) and AMTRAK, which provides intercity passenger rail service across the United States.

Esselen Indians lived in the area about 5,000 years ago until the Ohlone Indians displaced them some time before 500 A.D. In 1823 Mexico granted 17,000 acres of land in present day Contra Costa County to Don Francisco Castro. Part of this land grant, named Rancho San Pablo, became the city of Richmond. As with other Californian Ranchos which gave birth to cities, San Pablo was first used for agricultural on a grand scale. It then evolved into commercial, industrial and residential use as it was divided into ever smaller parcels of land.

By 1900 the Santa Fe Railroad had established its western terminus in Richmond. This was a convenient location because passengers traveling to San Francisco from the east could simply board a ferry for the final leg across San Francisco Bay. This saved the expense of constructing tracks all the way around the bay. The railroad attracted other activity, and soon the Standard Oil Company (now called Chevron), Stauffer Chemical, Pullman Palace Car and others built industrial facilities here. The dredging of a deep-water harbor in the 1920s was instrumental in attracting the Ford Motor Assembly Plant in 1931.

World War II brought a massive shipbuilding effort at the Kaiser Shipyards and a four-fold population increase from 1941 to 1943. After the shipyard closed in 1945, a population decrease of 30% occurred between 1947 and 1960. Vacant space was filled to a large extent by warehousing and distribution operations, for example, those of Ford Parts Depot, International Harvester, Safeway and United Grocers.

In a story familiar to many cities, Richmond’s downtown has lost economic vitality to the Hilltop Mall Regional Shopping Center. But like many cities, the industrial decline at the waterfront has given birth to a mixed-use area with the unmatchable attraction of the water’s edge. As part of the Harbour Redevelopment Project, begun in the mid-1970s, a 350-acre master-planned Marina Bay development has risen on the site of the wartime shipbuilding industry. When completed it will consist of 2,100 homes, two-thirds of a million square feet of commercial space, a marina for 1,500 pleasure boats, parks, lagoons, and promenades.

Richmond continues to build and maintain its section of the Bay Trail, a 400-500 mile hiking trail encircling the San Pablo and San Francisco Bays. The city has the most trail distance of any city along the route.

If you want to sell your house fast in El Cerrito, California Click here!